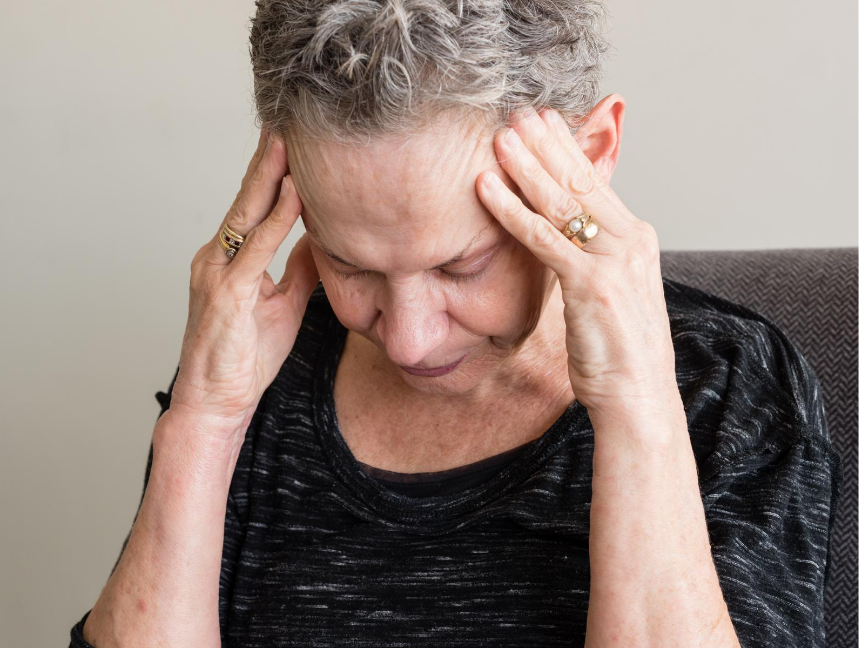 Fight for Sight is highlighting the need for more awareness and research into a visual hallucinatory condition, known as Charles Bonnet Syndrome (CBS), which is common in people with sight loss.

The charity is announcing funding for two research projects into the condition with the hope of finding a treatment or cure.

Charles Bonnet syndrome is a common side-effect of sight loss in which people experience visual hallucinations. The kinds of things people see with CBS is thought to fall into two main types:

1)     simple repeated patterns or shapes, such as grids or brickwork patterns

2)     complex hallucinations of people, objects and landscapes. These can vary from benign to quite alarming – for example, some people report seeing ‘snakes crawling out of people’s heads’ others see children in Victorian dress.

CBS hallucinations can be very detailed, and much clearer than the person’s everyday vision. The images appear very suddenly, lasting for just a few minutes or in some cases, several hours. The condition can cause huge distress to people who experience it, and can greatly impact on quality of life.

Charles Bonnet syndrome can happen to people with good mental health who have no history of psychiatric problems. Usually, people with CBS are aware – or can learn to recognise – that what they’re seeing isn’t real even though it’s very vivid.

Fight for Sight, together with partners Blind Veterans UK, Esme’s Umbrella and Health and Care Research Wales, is funding two research projects at Cardiff University and University of Oxford to investigate the cause of the visual hallucinations associated with Charles Bonnet Syndrome, with the hope of eventually finding a cure. One study will investigate the possibility that peripheral (‘side’) vision is more ‘suggestible’ than central vision. While the second study will use a special type of MRI scan to measure the levels of chemicals in the visual areas of the brain to see whether they are abnormal in people with CBS. 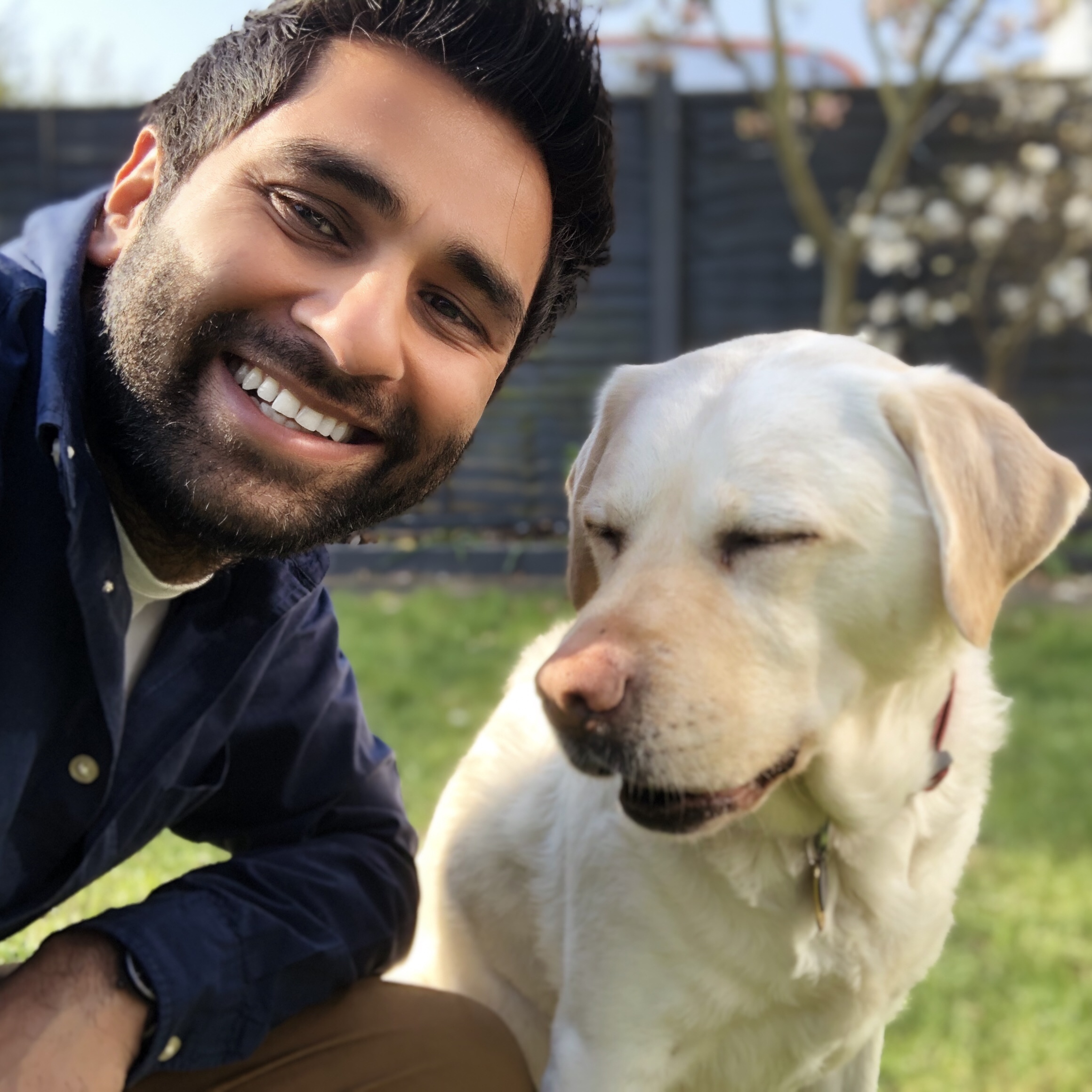 Doctor Amit Patel lost his sight unexpectedly in 2015 and since then he regularly experiences visual hallucinations. As a trauma doctor, Amit had a limited knowledge of Charles Bonnet Syndrome before he experienced it himself, having come across it very briefly in his studies at medical school.

He said: “One day, not long after I lost my sight, I was walking down the stairs in my house and this girl suddenly appeared in front of me. I realised it was the girl from the horror movie ‘The Ring’. The hallucination only lasted about four seconds, but it was enough for me to fall down the stairs. At that point I wasn’t really comfortable talking to people about what I was going through in losing my sight and I was very much in my head and in a bad place, so I put it down to that. After a few weeks though this hallucination of the same girl kept appearing and that’s when I knew I was having visual hallucinations and I thought that it may be Charles Bonnet syndrome.”

There is currently not enough data to show how many people in the UK have Charles Bonnet Syndrome, but it is estimated to be hundreds of thousands. In spite of this, scientists still do not understand why these hallucinations occur. There is also little awareness about the condition, and those who experience it often report that they were never made aware that this was something common in people with sight loss.

Amit said: “I work with a lot of people who are visually impaired, and yet it’s only when I bring it up and tell people with sight loss that I experience these hallucinations that they’ll admit that it happens to them too. They haven’t heard of CBS before so they don’t want to say anything to their doctor or to their family in case they think they’re crazy. And as a visually impaired person, it can be hard to do that research yourself, you don’t necessarily know what to Google. If consultants and doctors could explain to people that this is something they may experience, that would help a lot.”

The Covid-19 pandemic and subsequent lockdown has only exacerbated Amit’s experience of CBS and he says he has had a lot more hallucinations in the last few months, and particularly in the early days and weeks of the lockdown.

Likewise, campaign group Esme’s Umbrella – which was set up to help support people living with CBS and works closely with Fight for Sight – say their helpline has received double the number of calls over the past five months, with some people saying the stress and isolation they’ve experienced during the pandemic has turned otherwise fairly benign images into frightening ones.

Fight for Sight is urgently calling for more funding to be invested in vital research for Charles Bonnet Syndrome, which is often misunderstood and can sometimes be mistakenly confused with the onset of dementia.

A team of researchers at Cardiff University, co-funded by Fight for Sight and Health and Care Research Wales, has developed a novel method to induce controlled hallucinations in the lab, which will allow them to explore the mechanisms underlying Charles Bonnet Syndrome. This project will use fully-sighted people to investigate the possibility that peripheral (‘side’) vision is more ‘suggestible’ than central vision.

Dr Matt J Dunn from the School of Optometry and Vision Sciences at Cardiff University is leading the study. He said: “In this study we are testing a hypothesis that following long-term central vision loss, patients with Charles Bonnet Syndrome pay more attention to their peripheral vision, which is more reliant on expectation and previous experience than central vision, and therefore prone to hallucinatory experiences. We will use a novel lab-based test to measure a person’s reliance on prior expectation when generating visual percepts. This test will be applied to fully-sighted people using visual stimuli shown to both central and peripheral visual locations. Our aim is to determine whether peripheral vision is more suggestable than central vision.”

While at University of Oxford, researchers funded by Fight for Sight, Blind Veterans UK and Esme’s Umbrella will use MRI scans to compare the brains of people with and without Charles Bonnet syndrome to look at how they differ.

Professor Holly Bridge is leading the study at University of Oxford. She said: “In the healthy visual system the eye provides input to a large area of the brain that allow us to see the world. There are specialised brain regions responsible for the processing of faces, objects, motion and colour. When the eye is no longer working these parts of the brain lose their input and we think this can lead to abnormal activity. In particular we will use a special type of MRI scan in this study to measure the levels of chemicals in the visual areas of the brain to see whether they are abnormal in CBS, leading to the hallucinations.”

It is hoped these two research studies will provide insight into the cause of Charles Bonnet syndrome hallucinations, which will help inform larger studies in the future and eventually to test whether there are interventions to help improve the condition.

Chief Executive of Fight for Sight, Sherine Krause said: “So much more needs to be done to understand Charles Bonnet syndrome. This is an area of research that little is known about and has largely been neglected, so we are very pleased to fund these two important research studies. With a better understanding of the causes of Charles Bonnet syndrome, we will be one step closer to developing a treatment and cure for the condition. However, more investment in eye research is needed to ensure we can continue transforming the lives of people with sight loss.”

Head of Programmes at Health and Care Research Wales, Michael Bowdery, said: “We are delighted to be working with Fight For Sight to support research into a condition that affects so many people but for which there is currently no known treatment or cure. We wish Matt and the team at Cardiff University the very best of luck.”

We use cookies on our website to give you the most relevant experience by remembering your preferences and repeat visits. By clicking “Accept”, you consent to the use of ALL the cookies. However you may visit Cookie Settings to provide a controlled consent.
Cookie settingsACCEPT
Manage consent

This website uses cookies to improve your experience while you navigate through the website. Out of these cookies, the cookies that are categorized as necessary are stored on your browser as they are essential for the working of basic functionalities of the website. We also use third-party cookies that help us analyze and understand how you use this website. These cookies will be stored in your browser only with your consent. You also have the option to opt-out of these cookies. But opting out of some of these cookies may have an effect on your browsing experience.
Necessary Always Enabled
Necessary cookies are absolutely essential for the website to function properly. These cookies ensure basic functionalities and security features of the website, anonymously.
Functional
Functional cookies help to perform certain functionalities like sharing the content of the website on social media platforms, collect feedbacks, and other third-party features.
Performance
Performance cookies are used to understand and analyze the key performance indexes of the website which helps in delivering a better user experience for the visitors.
Analytics
Analytical cookies are used to understand how visitors interact with the website. These cookies help provide information on metrics the number of visitors, bounce rate, traffic source, etc.
Advertisement
Advertisement cookies are used to provide visitors with relevant ads and marketing campaigns. These cookies track visitors across websites and collect information to provide customized ads.
Others
Other uncategorized cookies are those that are being analyzed and have not been classified into a category as yet.
Save & Accept